Our cancer centers’ research discoveries lay the foundation for tomorrow’s cures. In partnership with Congress, the next administration must commit to building on past successes of our institutions, as well as the National Institutes of Health (NIH) and the National Cancer Institute (NCI), through robust and sustained funding increases to support pioneering biomedical research.

Will you commit to proposing a strong federal investment to the NIH and NCI?

Grant applications to the NCI have increased by approximately 50 percent since 2013, outpacing available funding. The increase in requests for cancer research is ten-fold greater than that of other arms of the NIH. This indicates that there are many ambitious researchers across the U.S. — but with such a high demand for NCI grants, only a fraction of this research is adequately funded. These funding discrepancies are more than a decade in the making: in 2007, 20 percent of NCI applications were funded, while in 2017, that number dropped to 12 percent. By contrast, the success rate for research funding across the NIH is 19 percent.

Will you prioritize cancer research and support increasing the NCI payline from 10 to 15 percent, allowing for an overall funding success rate of 18 percent? 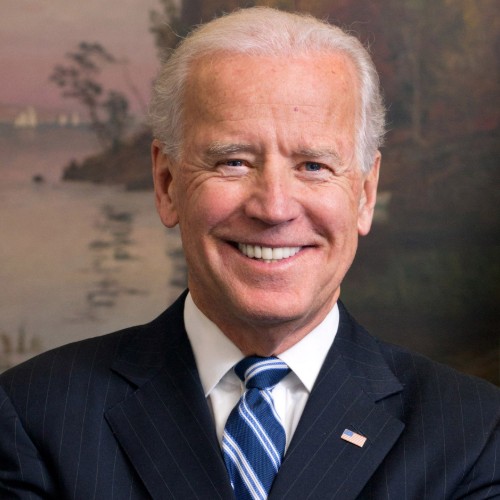 Biden: Yes. This issue is personal for me. That’s why President Obama asked me to lead the Cancer Moonshot during our administration — and that’s why Jill and I started the Biden Cancer Initiative, which built on the work of the Obama-Biden Administration’s Cancer Moonshot to mobilize resources for the purpose of researching, diagnosing, and treating cancer while reducing disparities among people diagnosed with cancer.

I am proposing at least a 5-year, $50 billion additional federal investment to accelerate the development of cures and treatments for cancer, diabetes, Alzheimer’s, and other major
diseases.

I have long been a proponent of strong federal budgets for NIH and NCI to support advancing our understanding of the human body and of the diseases and disorders that affect it. As part of the American Recovery and Reinvestment Act ("Recovery Act"), the Obama-Biden Administration signed into law the single largest federal investment in biomedical research. And I was proud to be able to ensure funding for our Cancer Moonshot, through passage of the 21st Century Cures Act, which provided $1.8 billion for research at the NCI. My administration will continue to be a champion for increasing funding levels at NIH and NCI.

I will prioritize cancer research and increasing the NCI payline to better meet the demand of the promising research proposals it receives to deliver on the hope of patients everywhere. I will also prioritize data sharing at all levels of research to drive solutions faster.

When President Obama asked me to lead the White House Cancer Moonshot Task Force, we set a goal of doubling our rate of progress in every aspect of cancer, from prevention to survivorship. People and organizations from all over the country made commitments to help us achieve that goal. By sharing information and research—and using the convening power of the White House to bring people together for good—we improved the cancer research system. And through the 21st Century Cures Act, which President Obama and I championed, Congress authorized $1.8 billion for the Cancer Moonshot in 2016.

We also brought together hundreds of people at events across the country, at least one in every state and a large convening in Washington, DC as part of the Cancer Moonshot Summit. This was the first time the federal government brought together such a large group of experts to discuss how to tackle—and ultimately cure—cancer. The summit brought together people in communities large and small to come up with solutions to issues facing cancer patients in their community and we brought together nearly 80 new national actions and partnerships from federal agencies, nonprofits, hospitals, and companies to make real advances in cancer research and care.

And we didn’t stop there. As part of the Biden Cancer Initiative, we held a Biden Cancer Summit in 2018 that also reached every state in the union with more than 450 community summits and drew 57 new announcements and collaborations from the public and private sectors. Among them were nine new or  expanded projects from the NIH and NCI, including a program that provides patient consultation at no cost for some cancers of the nervous system through NCI-CONNECT, and a public-private partnership called PACT to advance new cancer treatments, primarily immunotherapies and combination treatments that have shown great promise even against some of the deadliest cancers. And I traveled to Ireland to support an NCI-led international collaboration to better understand the biology of cancer and to share the data with everyone, everywhere.

The responses published above were received on or before February 28, 2020.

A 5-Point Pledge for Eradicating Cancer