The AACI Champion for Cures Award was established in 2018 to recognize one or more people, who, through direct financial support of an AACI cancer center, demonstrate exceptional leadership in advancing cancer research and care and in inspiring others to do the same.

Selected by the AACI Board of Directors, the awardee has gained distinction through their visionary approach to promoting our shared goal of a future without cancer. Through their transformational philanthropy, which may take many forms—including supporting a new facility, cancer center infrastructure, or programming—the cancer center can focus beyond immediate needs to foster creativity and innovation and multiply its impact on patient health, research, and its surrounding community. 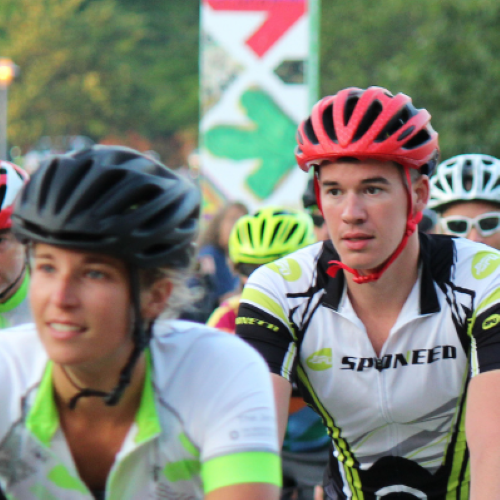 OSUCCC – James has dedicated these funds to building innovative programs and initiatives, such as the Pelotonia Fellowship Program and the Pelotonia Idea Grants Program. Through a five-year pledge of $100 million, Pelotonia will launch an institute for immuno-oncology at the James. The James has also used funds raised by Pelotonia to support four statewide initiatives on colorectal cancer prevention, the prevention and treatment of endometrial cancer, assessing survival and quality of life using genetic testing for advanced stage lung cancer, and reducing the high breast cancer mortality among African American women in Ohio.