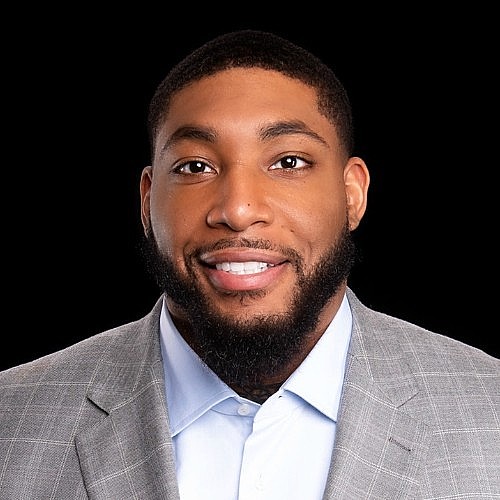 Devon Still, an advocate for childhood cancer awareness and a former professional athlete, will deliver the keynote address during the 2019 AACI/CCAF Annual Meeting in Washington, DC. Still will speak about his and his daughter’s experiences overcoming cancer at 1:30 pm on Sunday, October 20.

Still played for the Houston Texans and Cincinnati Bengals and was a Penn State University All-American and Big Ten Defensive Player of the Year. When his daughter Leah was diagnosed with a rare pediatric cancer in 2014—two months after Still almost died from post-back surgery blood clots in his lungs—he returned to the football field wearing Leah’s message of hope, “Don’t be scared, be strong,” during every game. Their fight has inspired many cancer patients, along with their families and friends; now, through the Still Strong Foundation, Still has raised more than $2 million and is influencing the global cancer conversation.

Growing up on the streets of Wilmington, Delaware, Still was the first person in his family to graduate from college and was selected in the 2012 National Football League draft by the Bengals. Today, Still is an author, peak performance coach, and motivational speaker. He has received numerous accolades including People Magazine’s 2016 Dad of the Year award, the 2018 Penn State Alumni Achievement Award for most successful alumni under 30, and the 2019 American Icon Award.

Leah Still, now 9 years old, was diagnosed with Stage IV neuroblastoma in 2014, at the age of 4. After being given a 50/50 chance to live, she entered a clinical trial specifically targeting neuroblastoma cells. Her treatment included weeks of intensive chemotherapy, radiation therapy, surgery, and additional experimental measures.

After completing chemotherapy, Leah underwent a seven-hour procedure to remove her tumor. Despite the surgery, the disease continued to spread. Treatment in another clinical trial, which used an antibody treatment to destroy her cancer, was successful, and Leah has been in remission for four years.

The annual meeting of the Association of American Cancer Institutes (AACI) and the Cancer Center Administrators Forum (CCAF) provides an opportunity to network with and learn from cancer center colleagues. The three-day meeting is scheduled for Sunday, October 20 through Tuesday, October 22 at The Mayflower Hotel.

Learn More About the Meeting