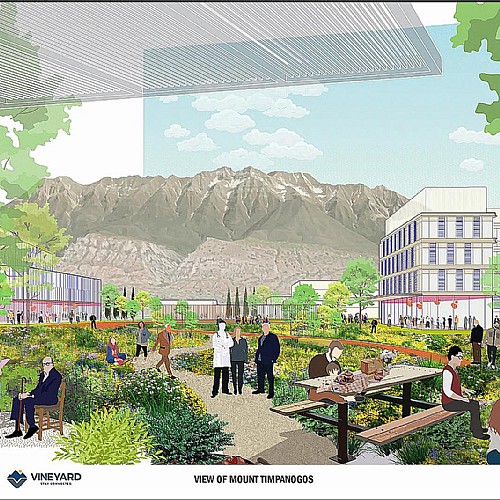 The Jon M. and Karen Huntsman family will receive AACI's 2019 Champion for Cures Award, in recognition of their significant leadership in supporting efforts to cure cancer and in inspiring others to do the same.

The Huntsman family’s first major gift to cancer research came in 1993 at $10 million, followed by a $100 million gift in 1995 that formally established and named the Huntsman Cancer Institute (HCI) at the University of Utah. At the time, this was the largest gift ever given by a single individual to support medical research.

At the outset of his philanthropy, Jon M. Huntsman envisioned a time when all would participate in and financially support the cancer institute. He went on to found Huntsman Cancer Foundation (HCF) to engage a community of donors in investing in cancer research. Today, HCF enjoys the support of more than 1 million donors from all states across the nation, and has substantial assets to serve as an endowment for the cancer institute’s future. Peter R. Huntsman serves as Chairman and CEO of HCF.

The Huntsman family and HCF have made many substantial contributions to cancer research and care at HCI. These include a commitment of $120 million by HCF in 2017. Following Jon M. Huntsman’s death in February 2018, the legacy continued, as less than a year later, the family announced an a $30 million gift from the Huntsman Foundation alongside more than $42 million raised by HCF from other donors to support a hospital expansion at HCI. This expansion, planned to open in 2022, will focus on women’s cancers and integrative health. In all, the family has donated or inspired donations totaling $1.4 billion to cancer.

“The Huntsman family’s generosity and its commitment to ending cancer is unmatched,” said AACI President Roy A. Jensen, MD. “The Champion for Cures Award was established as an annual award in 2018 to recognize philanthropy to AACI cancer centers. Such gifts allow cancer centers to improve facilities, conduct more research, and deliver exceptional care. AACI is pleased to recognize the Huntsman legacy of advancing cancer research and improving care for generations of patients with cancer.”

The University of Utah earned National Cancer Institute (NCI) designation as a cancer center in 1986. In 2015 HCI earned comprehensive cancer center status from the NCI, its highest designation. Cornelia Ulrich, PhD, MS, is the executive director of the Comprehensive Cancer Center at HCI, and Mary Beckerle, PhD, is the institute’s CEO.

“Thanks to the philanthropy ignited by the Huntsman family and their tremendous support in so many domains, HCI is making extraordinary contributions in the fight against cancer. Their contribution will have a long-lasting impact in Utah, our region, and beyond,” said Dr. Ulrich.

The AACI Champion for Cures Award will be presented to the Jon M. and Karen Huntsman family on Monday, October 21, during the AACI/CCAF Annual Meeting at The Mayflower Hotel in Washington, DC. The meeting will bring together directors and executive-level administrators from AACI’s 98 North American cancer centers with representatives from national cancer research and advocacy organizations, industry, and government health agencies to create innovative solutions to common challenges in the field.