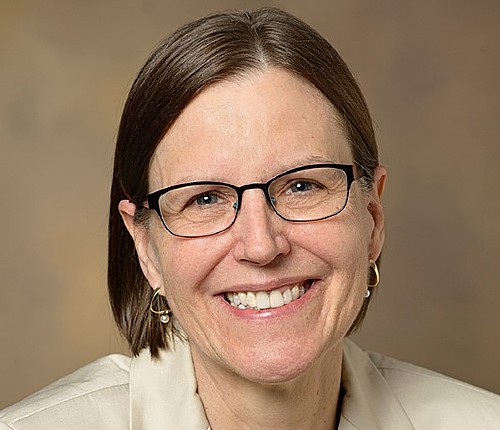 Dr. Sweasy was appointed director of the University of Arizona Cancer Center (UACC) in 2020.  She is the inaugural holder of the Nancy C. and Craig M. Berge Endowed Chair for the Director of the UACC and was recruited from Yale Cancer Center where she served as a member of the faculty for 26 years.  During her career at Yale, Dr. Sweasy rose from assistant professor to the Ensign Professor of Therapeutic Radiology. Dr. Sweasy served as the associate director of basic sciences and as co-leader of the Radiobiology and Radiotherapy Program at Yale.

Dr. Sweasy is an internationally recognized expert in the genetics, cell biology, and biochemistry of DNA repair. A professor of cellular and molecular medicine at UA, she is well-known across the NCI community for her distinguished work and collaborations with colleagues in peer NCI-Designated Cancer Centers. In addition, she has extensive experience as an NCI reviewer and has served as a member of NCI Subcommittee A since 2017.

Dr. Sweasy has been continuously funded by NCI since 1994; in 2016 she was awarded the Environmental Mutagenesis and Genomics Society Award and she is currently president-elect of this Society. Dr. Sweasy was recently awarded an R35 grant from the National Institute of Environmental Health Sciences. She is known for her discoveries showing that germline variants of DNA repair genes induce cellular transformation, suggesting that individuals harboring these variants have increased cancer predisposition, likely a result of gene-environment interactions. In work providing mechanistic insights into the molecular basis of mutagenesis, Dr. Sweasy has also discovered that dynamic movements of DNA polymerases are critical for substrate choice and accurate DNA synthesis.  Dr. Sweasy has recently developed mouse models of human DNA repair variants and her laboratory is currently studying the roles of these variants in carcinogenesis and immunity.

As the PI of the American Cancer Society Institutional Research Grant (ACS IRG), she developed and led a mentoring program for early-stage investigators. She has trained 15 graduate students and 21 postdoctoral associates and in 2017 was awarded the Yale Postdoctoral Mentoring Award. Over 50 percent of her trainees are women and include individuals from diverse backgrounds. Dr. Sweasy is deeply committed to engaging underserved communities; preparing the next generation of researchers; fostering bidirectional translation; and optimizing the role of the cancer center within the academic and clinical organizational structures.