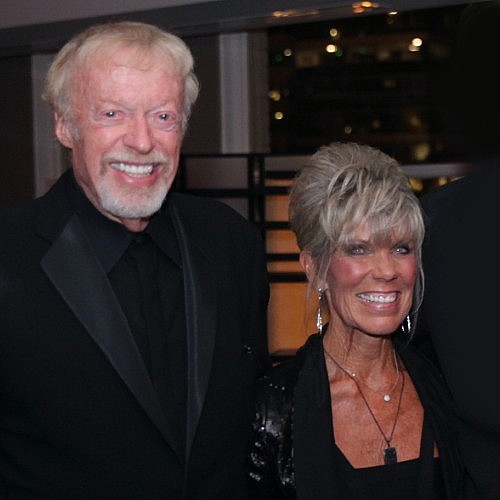 Nike, Inc. co-founder Phil Knight and his wife, Penny, will receive the 2020 AACI Champion for Cures Award, in recognition of their transformational philanthropy that advances our shared vision of a future without cancer.

The Knights have demonstrated their commitment to the cancer community for over a decade, beginning with a $100 million gift in 2008 that was used to recruit the best and brightest researchers to the Oregon Health and Science University (OHSU). Beyond their significant financial support, the Knights have also helped build a network of people who are emotionally—and financially—invested in the success of Knight Cancer Institute.

In 2015, the OHSU Knight Cancer Institute announced that it had achieved a $500 million fundraising challenge set by the Knights, raising $1 billion for cancer research. The Knight Cancer Challenge garnered support from donors in every state in the nation and 14 countries. Donors were inspired by plans for the first grand-scale program of its kind dedicated to radically transforming early detection of lethal cancers.

The Champion for Cures Award was established as an annual award in 2018 to recognize philanthropic support of AACI cancer centers. OHSU Knight Cancer Institute Director Brian Druker, MD, will present the award to the Knights on Monday, October 12, during the 2020 AACI/CCAF Annual Meeting.