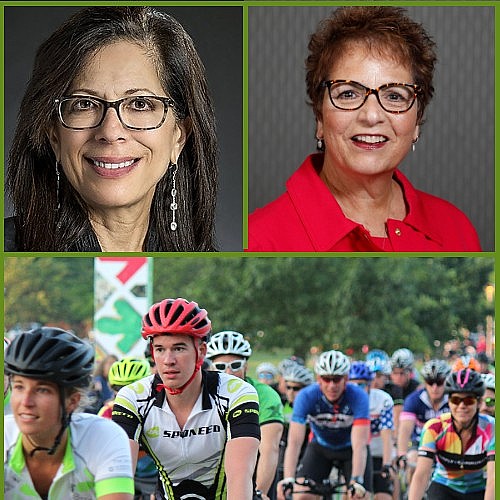 The AACI Board of Directors has selected the recipients of the 2022 Distinguished Scientist, Cancer Health Equity, and Champion for Cures Awards. The awards will be presented in person on Monday, October 3, during the 2022 AACI/CCAF Annual Meeting. Congratulations to this year's honorees!

Elizabeth M. Jaffee, MD, is the director of the Sidney Kimmel Comprehensive Cancer Center at Johns Hopkins University. A world leader in understanding the complex interaction between the immune system and pancreatic cancer, she led the direct translational development of a first-generation granulocyte-macrophage colony stimulating factor (GM-CSF)-secreting allogeneic vaccine platform that has served as a human model for studying anticancer immunity. Her ongoing work integrates new and emerging technologies to uncover the complex signaling pathways that exist between tumor cells, monocytes, and stromal cells in pancreatic cancer, and novel methods to bypass these signals to effect potent antitumor immune responses.

Dr. Jaffee was appointed by President Obama to serve on the National Cancer Advisory Board (NCAB). While chair of the NCAB, she served as one of three co-chairs of the Cancer Moonshot Blue Ribbon Panel, which established priorities for National Cancer Institute (NCI) spending on new research.  She continues to work with the Biden administration as a member of the President’s Cancer Panel. Dr. Jaffee also established the new Cancer Convergence Institute at the Kimmel Cancer Center at Johns Hopkins, where experts from diverse fields such as engineering, bioinformatics, physics, and mathematics work with doctors and nurses to apply their knowledge to cancer.

Dr. Jaffee will deliver a keynote presentation on her research at 11:15 am central time on October 3, preceding the award presentation.

Electra D. Paskett, PhD, MSPH, is the associate director for population sciences and community outreach and founding director of the Center for Cancer Health Equity (CCHE) at The Ohio State University Comprehensive Cancer Center – James Cancer Hospital and Solove Research Institute (OSUCCC – James). Dr. Paskett has led multi-disciplinary teams of investigators in several large initiatives to understand and reduce disparities within the cancer center’s catchment area. These roles have afforded her the opportunity to train the next generation of investigators—from high school to junior faculty—in health disparities, diversity, and inclusion.

Established in 2002 with a focus on increasing accrual to clinical trials among minorities, the CCHE has grown from three to 17 staff members, with dedicated staff representing minority, rural, and Appalachian population groups in Ohio. CCHE initiatives are focused on education and outreach to these populations; direct services, such as mobile mammography; and Continuum of Care Navigation. In addition, Dr. Paskett directs a 10-week Summer Health Disparities Program for undergraduate, graduate, and medical students, including those from historically Black colleges and universities. Many of the 65 past students have gone on to careers in science.

The James has dedicated these funds to building innovative programs and initiatives, such as the Pelotonia Fellowship Program and the Pelotonia Idea Grants Program. Through a five-year pledge of $100 million, Pelotonia will launch an institute for immuno-oncology at the James. The James has also used funds raised by Pelotonia to support four statewide initiatives on colorectal cancer prevention, the prevention and treatment of endometrial cancer, assessing survival and quality of life using genetic testing for advanced stage lung cancer, and reducing the high breast cancer mortality among African American women in Ohio.

Registration is now open for the meeting, October 2-4 at the InterContinental at the Plaza, Kansas City.