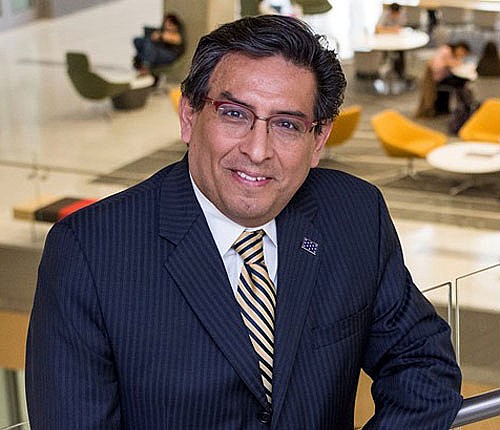 Eduardo M. Sotomayor, MD, is the director of George Washington Cancer Center at George Washington University in Washington, DC. Prior to this appointment, he was the Susan and John Sykes Endowed Chair in Hematologic Malignancies at Moffitt Cancer Center and professor of oncologic sciences and of pathology and cell biology at the University of South Florida College of Medicine in Tampa, Florida. Dr. Sotomayor also served as the scientific director of the DeBartolo Family Personalized Medicine Institute at Moffitt Cancer Center.

His basic/translational research focuses on the immunobiology and immunotherapy of B-cell malignancies. His clinical interest lies particularly with mantle cell lymphoma. He has published more than 100 manuscripts, including publications in top-tier journals such as Nature Medicine, Nature Immunology, Immunity, Cancer Cell, Proceedings of the National Academy of Sciences, Journal of Clinical Investigations, Blood, Cancer Research, and Journal of Immunology. He has received several grants from the Lymphoma Research Foundation (LRF) and currently he is the recipient of three NIH R01 grants.

Dr. Sotomayor has served on several committees for all the major cancer organizations in the United States (American Society of Clinical Oncology, American Association of Cancer Research, and American Society of Hematology), as well as in the American Association of Immunologists. He is also a member of the Scientific Advisory Board, Lymphoma Research Foundation, a member of the Executive Committee of the Mantle Cell Lymphoma Consortium, and a standing member of the NCI, Subcommittee A, Cancer Centers. More recently, he was appointed as the chair of the grant review committee for ASCO, Conquer Cancer Foundation: Young Investigator (YIA) and Career Development Awards (CDA).

In his new role at GW Cancer Center, Dr. Sotomayor is devoting significant efforts in the building of scientific programs in Cancer Immunology & Immunotherapy, Cancer Genetics/Epigenetics, Microbial Oncology, and Cancer Engineering and Technology. He has also launched new initiatives to address cancer in the LGBTQ community as well as in the establishment of a Cancer Policy Program in the nation’s Capital.